Why a bad theology of the eucharist cannot excuse sexism 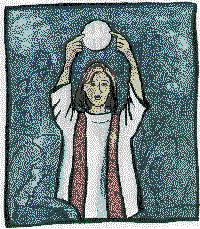 As I write this, there is a timer on a new website, Yes2Women Bishops (by the way, great campaign, you should all sign up), telling me that there are seven days, twelve hours and thirteen minutes until the General Synod of the Church of England votes on the legislation to allow women to be ordained as bishops.

The decision of General Synod is of particular interest to the church which I serve as curate as our congregation is somewhat divided over the issue. As a supporter of the ordination of women, I have been fascinated by some of the reasons I have heard people advance over the last couple of years, arguing for very strong protection for traditionalists.

The most intriguing of the arguments I have heard is the argument about ‘sacramental assurance’. This argument is intriguing on one level because it is only made by those who have a very specific understanding of the efficacy of sacramental grace and the instrumental causality of the priest (so not by conservative evangelicals, for instance). The argument goes like this: Jesus intended his church to have certain assured channels of grace, where material elements combined with physical and verbal rituals combine to being about a spiritual effect. These channels are called sacraments, and the only way for us to be sure that they channel the grace they promise is by ensuring that the sacraments themselves remain precisely the way which Jesus intended them to be. So a eucharist which uses Fanta and M&Ms cannot be a sure channel of grace because Fanta and M&Ms weren’t mandated by Jesus.

So far this looks reasonably normal, albeit with the rider that most people don’t think of sacraments this way. But it becomes more complicated when it comes to the ministers of the sacrament of the eucharist. In the Anglican tradition, the proper minister of this sacrament is an episcopally ordained priest. There isn’t the space here to enter into the rights and wrongs of the idea of ‘apostolic succession’ (Personally, I cannot resist thinking about this as the 'contagious disease' understanding of ordination. It is like catching a cold, one carrier passing the virus onto the next. It all seems, rather problematically to paint the Holy Spirit out of the picture), suffice to say that this is part of the CofE’s understanding of ordination. So you get grace from the sacraments so long as certain conditions are met including the unbroken chain of episcopal ordination. Now here comes the traditionalist sucker punch: women were (supposedly) never ordained. So by ordaining them, the conditions which guarantee grace through the eucharist are being tinkered with. No male only priesthood, no guarantee of grace.

If you want a fuller statement of the argument from someone who clearly finds it more convincing than I do, why not read this letter by Simon Killwick written to the Church Times, if you aren’t a Church Times  subscriber, you can find it reproduced here.

My basic concern is with the language of ‘sureness’ in connection with sacraments. There is a strange tendency within traditional anglo-catholicism to exaggerate sacramental causality to the exclusion of any real involvement of faith. The language of ‘sacramental assurance’ depends on this understanding: It is not good enough that God’s grace is given to us through sacraments, we have to be absolutely sure that we are receiving God’s grace through the sacraments or else some dire fate might await us. This sureness comes through the performance of a certain ritual by a certain class of people who are connected in an unbroken chain to the apostles and ultimately to Jesus.

My difficultly with this is that faith as the means of receiving God’s grace is utterly diminished. Ultimately, sacraments aren’t the stuff of sureness. They are the stuff of faith. If you want to be sure, beyond any shadow of doubt that you are receiving Jesus, for goodness sake, don’t come to the eucharist! How can anyone be sure that they receive the gracious presence of Jesus in the eucharist? We can’t. The eucharist doesn’t appear to us as a supernatural thing. To our senses, bread and wine remains bread and wine, however much bling you dress it up in. For this reason, Thomas Aquinas, whose ‘catholic’ credentials cannot be doubted, wrote these words:

“Let faith provide a supplement / for the failure of the senses”

If anyone suspects that poetic expression is obscuring clarity in this instance, Aquinas’ discussion on the receiving of the sacrament in the Summa Theologiae (III.80) is even more enlightening. The first article asks whether there are two ways of eating Christ’s body, ‘sacramentally’ and ‘spiritually’. Aquinas almost certainly has in mind his earlier article (III.73.6.sc) and his use of the established distinction between sacramentum tantum (the sign alone) and res et sacramentum (the reality and the sign). Here, as when Aquinas uses the same distinctions in relation to baptism (III.66.1), the sign and the reality signified exist semi independently. In III.80.1 the ‘sacramental’ eating is clearly the eating of the sacramentum tantum. Aquinas maintains that it is entirely possible to receive the eucharist in a physical way alone (i.e. just consuming the outward sign, the bread and wine). The spiritual eating, or effect of the sacrament, is to be joined with Christ ‘through faith and charity’. To sum up this strange bit of mediaeval theology, Aquinas says that the spiritual effect of the eucharist does not come automatically, merely by eating. Sacramental grace has to be received by faith.

So I think there is some value in stating that sacraments are not the stuff of ‘sureness’ but the stuff of ‘faith’. Anyone who comes to the eucharist in the hope of receiving Christ’s life comes with faith; faith that God is operating through these material things. If someone thinks that God is unable to operate if a woman is presiding at the supper, they lack faith that God can work through a woman. I would say that this is both a very deep lack of faith in God's grace (we only ever receive Christ in the eucharist because God is a God of grace), and betrays a deep seated sexism. Believing in the legitimacy of the ordination of women is not about rights, it is about faith. You cannot avoid being a sexist by adopting a bad theology of the eucharist.
Posted by Barnaby Perkins at 3:53 pm