The Mystery of Yourselves 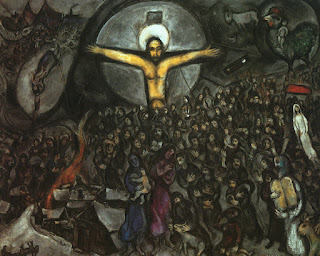 I was asked to write a short article on the eucharist/spirituality/embodiment for a local christian spirituality magazine. Here is my attempt.

We talk about Christ’s body a great deal in church. ‘The church is the body of Christ’ we say. At Christmas we talk about the divine person of God the Son, assuming to himself a whole and complete (body and soul) human nature. The word became flesh – the bodiless was embodied. In holy week we talk about the psychological, emotional and physical anguish and ultimately the death which the embodied God underwent on behalf of sinful humanity. And on Easter day, we tell of the glorious body, revivified in the most extraordinary way, giving life and hope to all. Our talk of ‘the body of Christ’ of course, is not limited to the great festivals of the church year; every week we talk endlessly about Christ’s body and blood in the eucharist. However you look at it, christianity is and always has been a religion which is obsessed, in a good way, with bodies. So why is it that, when we speak of ‘spirituality’ (itself a concept which doesn’t sit easily within the christian interest in embodiment), our thinking and practice in relation to the body takes a radical turn for the worse? We start talking about ‘detachment’, silence and the god within, in ways which sounds more platonic than christian.

Now I’m not one to underplay, or for that matter to undervalue the significance of platonism (particularly neoplatonism) on the development of Christian theology. Some of the most creative and enduring attempts at proclaiming the Christian gospel have come about through an innovative appropriation of some platonic ideas. There are, however, limits beyond which such assimilation begins to erode basic christian belief, and therefore should be resisted.

The negative effects of platonic anti-materialism on christianity aren’t merely theoretical; they are deeply rooted in the psyche of most parishes, and they are most clearly seen when ‘church’ (however that is conceived) is turned into a form of escape from the ‘world’. How many times have you walked into a church building and seen a notice advising you to leave the world behind and enter into the beautiful, spiritual peace which the building affords? I am not surprised that many christians tend to think of spirituality as a kind of escapism; the way we ‘perform’ the liturgy in churches is largely responsible for this. Despite the best efforts of the liturgical movement, worship in most churches remains something which is done on behalf of the people, a sacred moment which we observe and to a certain extent are drawn into, but which has scant reference or relevance to the lives we live outside of the church building, and relatively little effect on them. Too often we go to church on Sunday to leave the world behind us, to get a glimpse of a world beyond, and then to go back home to wait for next weeks spiritual shot in the arm.

It is a great pity that for many christians, religious escapism finds its apex in the celebration of the eucharist. Yves Congar once noted that the Roman church (and I think it would be fair to make a similar observation of the Church of England, particularly in its more Roman instantiations) has attempted over many centuries to re-create within the eucharistic liturgy a ritual somewhat alike that performed by the Levitical priesthood [Congar, Y., ‘Where Does “Sacred” Fit into a Christian Worldview’ At the Heart of Christian Worship, Liturgical Press, 2010]. We make a certain class of people (the priests) ‘holy’ and give them special titles and clothes to wear; the priests perform a mysterious rite in which they conjure the presence of God out of material elements, the supernatural annihilating the natural; we make certain buildings ‘sacred spaces’, and whisper pious words in them; we even make certain parts of those special buildings more sacred than others. Like the Levitical code, the church is constantly trying to isolate the pure from the impure, the sacred from the profane.

In the same article Congar notes how the revolutionary teaching of Jesus removed the sacred/profane distinction by making all things sacred: so all days are to be Sabbaths to the Lord, on which good is done, people are healed and the oppressed are liberated; all places (not just Jerusalem or Mount Gerazim) are sacred, and worthy sites for worship. Jesus resisted every attempt to localise holiness in shrines by declaring all things holy. To use Rob Bell’s phrase, ‘everything is spiritual’. For a follower of Jesus, ‘sanctity’ or ‘spirituality’ cannot be achieved by withdrawal from the world. To remain true to the Genius of its founder Christianity should never be a religion where certain things or places are made holier than others; it must be a religion where the entirety of life is understood as holy and, therefore, is a fitting offering to the God of all creation.

In the story the eucharist tells, and in the manner of its telling we should hear a constant reminder of the holiness of all things. In the eucharist we proclaim the holiness of the ordinary, bread and wine, symbols of our lives presented to God as a living sacrifice of praise and thanksgiving. As St Augustine said,

The eucharist rejoices in materiality and sees it as a fitting vehicle for the divine. The eucharist tells us that ‘spirituality’ is something that shouldn’t be confined to the ‘holy moments’ we manufacture to escape from a threatening world. You could almost say that the radical gospel proclaimed in the eucharist calls into question the entire category of ‘spirituality’ as something distinct from the rest of life.
Posted by Barnaby Perkins at 9:14 am