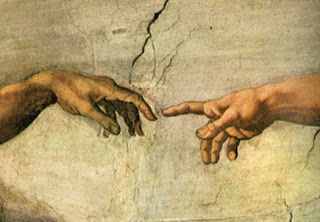 Thomas Aquinas famously stated that in the work of creation, ‘God does not act natural necessity’ (De Potentia I.5 resp.), by which Aquinas means that God is not forced to create in one particular way, or indeed to create at all. The purpose of this line in the sand for Aquinas is to secure the fact that God is pure actuality, the God who is moved by nothing other than Godself and whose decree to create is utterly free.

The nature of divine freedom in Thomas Aquinas’ thought is controversial theological territory. One of the principal voices in the debate is that of Eleanor Stump , who in her Excellent book Aquinas, argues that divine freedom must mean God’s ability to choose between alternatives (Stump, Aquinas p.101).

This all sounds very sensible – what after all does free will mean but the ability to choose one thing and not another. However, Stump’s attempt to express Aquinas’ idea of divine freedom  transgresses another Thomistic maxim, that God’s free will is not exercised discursively. In his Quaestiones Disputate de Veritate 24.3 Aquinas states that, ‘Free choice is to be found in God, but it is found in Him in a different way than in angels and in men’, and that in God, ‘there is a simple view of the truth without discourse or inquiry’. So whatever divine freedom might look like, it does not look the same as my choice between holiday destinations, for instance. To what extent then, if we accept Stump’s definition of ‘free will’, can God’s choice to create the world-that-is be understood as free?

This all serves as a preamble to something I was reading this morning in Autin Farrer’s Love Almighty and Ills Unlimited, which seemed to me to express the conundrum clearly.

“If it is even right to speak of creation as the choice of a world, it cannot be supposed that such a choice is anything like the choices with which we are familiar, I can choose a wallpaper for a room. I can flutter through the leaves of that pattern book, gradually narrowing my choice among the colours or designs which are at all suitable to my purpose, until I fix on one of them. I can do this because the shopman supplies a pattern book with some fifty papers in it. But there was, for God, no pattern book of fifty, or of fifty-thousand, possible worlds. The world he would make would be the world he would invent; and his powers of invention are inexhaustible.

Men also invent; artists, for example; and the process of artistic invention probably casts as much light as anything human on God’s devising of the world. But there is one aspect of God’s creative activity on which it casts no light at all; and that is, his preferring one possible creation to another. If we ask why the poet, or the composer, applied his talent to the writing of some particular work, rather than any other he might have written, the short answer will be, either that his previous history led up to it, or that the situation he saw before him called for it. For God’s creative act, neither explanation is available. No situation confronted him, before the world was; still less had he undergone a personal history, such as might have directed his invention into one channel, rather than another.

The lovers of music and poetry may, indeed, protest that neither the history nor the predicament of the great artist will account for the form of his creations. There is an element of sheer inventiveness which is his supreme glory, and his most godlike power. True, maybe, but of no assistance to us. For while sheer inventiveness may be godlike, it is not an explanation; not a principle pointing to the production of one work, rather than another. It is simply the ability to make both excellent and new whatever is made.

Once a work of art is on the stocks, and in process of construction, we can see (though we might not foresee) reasons inclining genius to develop it, and fill it out, in a certain manner. But the reasons, such as they are, lie in the beginning made, the sketch projected, or the skeleton already set up. The intelligibility of the choices which develop a project leaves the choice which first fixed upon it as unintelligible as ever it was.

All human analogy fails us. We can cast no light on the choice God makes in creating the world he creates, because we cannot, even in imagination, set up the experiment —cannot put the alternatives for selection on the table, nor construct the selective mechanism. What we feel bound to say about divine decision merely serves to put it beyond the range of human conceiving. God’s mind, we say, does not labour, like ours, through a multitude of suggestions; he goes straight to the goal of his choice. He does not start with shadowy might-have-beens, and fill one of them out with the substance of being. He simply decrees what is; the might-have-beens are accompanying shadows of the actual, the other ways in God knows he could have created and did not.

We may say such things; we cannot think them. The creator’s choice is an abyss, where human thought drowns. As in a dream, we spread our hands to swim, and find what seemed water to be a thin vapour. Our customary strokes obtain no purchase; we might say we are sinking, if the medium in which we are were gross enough to be felt, in being fallen through; or if there were any bottom for us to strike.”

So God's choosing looks nothing like our choosing. What does it look like then? Farrer goes on to sketch some parables of how divine choice might look. I might blog those later. What do you think? Any thoughts in the comment section are gratefully received.
Posted by Barnaby Perkins at 10:18 am

The Barnaby Blog has the most difficult -prove you are not a robot - that I know. Is it a defence mechanism?
Anyway Farrar [ Barnaby's 'love'] expresses the classic version of God's freewill in prose so superb that I suspect it is beyond many readers today. But behind all that beauty, I wonder. It is open to God to set up his own 'rules', as we all do from time to time. The scientists spend much time trying to uncover the rules of the Universe. Perhaps God himself first established rules for Himself, so to tantalise the scientists and to set a framework for the rest of us?

If you get this, I would love to know to whom I am responding.

I think that Farrer is making a really interesting point about sequence and discursivity in the divine will. I think he is saying that whatever analogy we choose to express the divine decree, we have to realise that it is an analogy, and that God's simplicity and atemporality cannot allow God working his way through a selection of possible worlds before arriving at the best of all options available. In this sense, I would suggest that the only rule which constrains God is that of his own nature, which he could not contradict.

Hope that give some light on what is probably the most knotty question within philosophical theology.

Again, I would love to know who I am responding to, so please drop me a line.