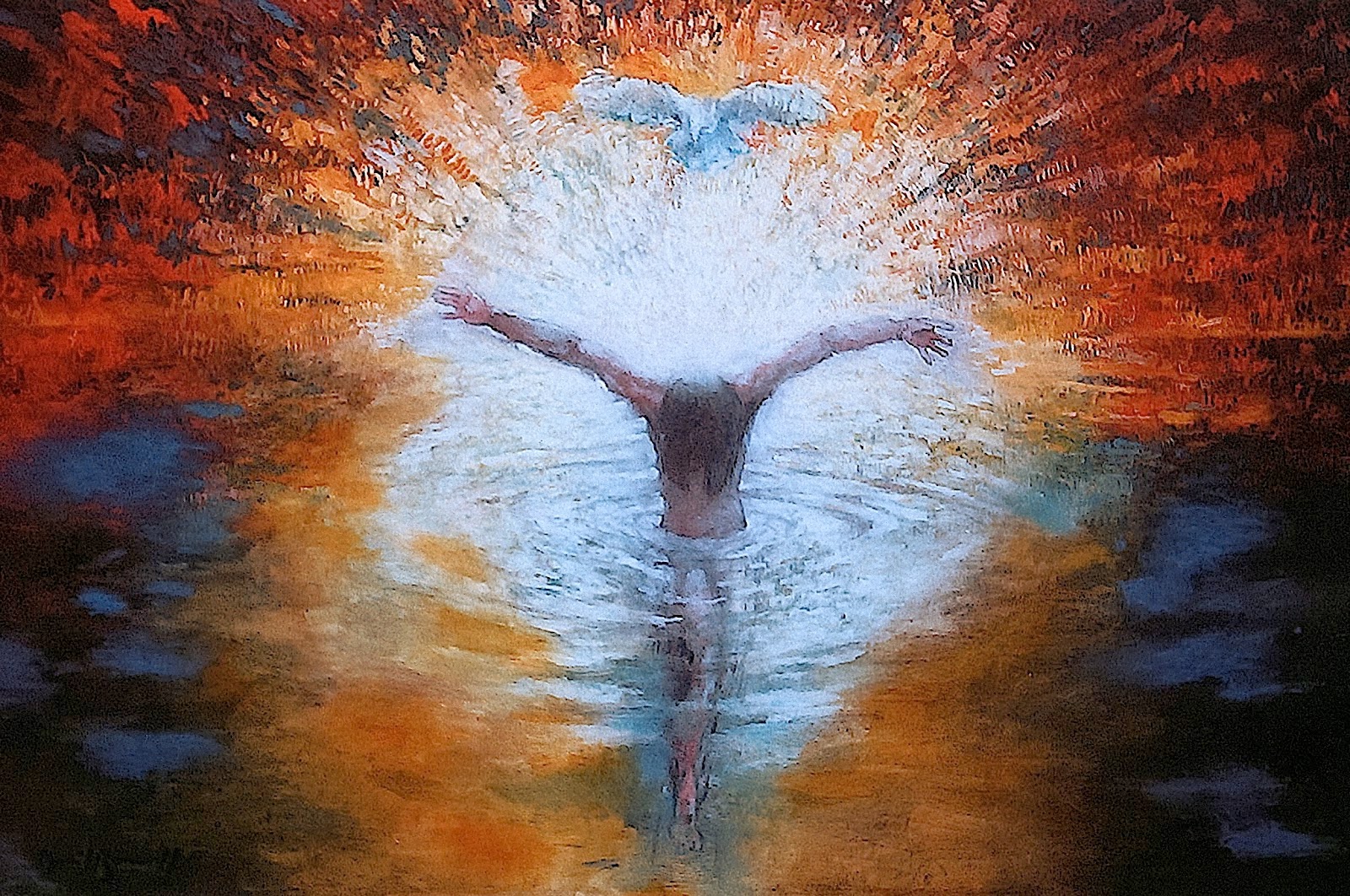 Matthew 3.13–17
It had to be an i-pad. The parcel was the right size, the right weight, and you’d been dropping hints like mad for the last twelve months. You pick up the package every day, and gently squeeze the box… that’s good packaging. That’s Apple packaging. That’s ‘made in California from sustainable card stock’ packaging. It had to be an i-pad. Then eventually the day comes, the family gather around the tree, hand out the presents and you all begin unwrapping. Just to appear humble, you open the boring presents first, the socks, the jumper, the book. You want to save this one till you have almost exhausted your pile of gifts. And there it is. You slowly unpick the wrapping paper and peer inside… a cheese knife and board… a cheese knife and board! “Well we know how much you like cheese, and with this you can eat it in style”, says your mother. I’m sure you’ve had moments like that, where you have built up a sense of great excitement about something, a gift, a new job, and it doesn’t turn out quite as you had expected or hoped.

Poor old John the Baptist probably felt much the same way as his encounter with Jesus unfolded. John had been proclaiming to anyone that would hear that the people of Israel desperately needed to turn from sin and to turn to God again. And as a powerful symbol of this repentance, John called people to be baptised, to be washed, to be cleansed in preparation for the coming of God’s Kingdom. So here is John, raising everyone’s sense of expectation, everyone’e excitement at the coming of the Messiah: “I baptise you with water for repentance. But after me comes one who is more powerful than I, whose sandals I am not worthy to carry. He will baptise you with the Holy Spirit and fire. His winnowing fork is in his hand, and he will clear his threshing floor, gathering his wheat into the barn and burning up the chaff with unquenchable fire” (Mat. 3.11–12). The one John prepared the way for was powerful and righteous and just, he would clean up Israel and clean up the world. John proclaimed loud and clear to all who came to hear him that when the Messiah comes, you better make sure that you are on the right side of the track. Repent, cleanse yourselves, get ready because he is coming, and when he does he will clear out God’s barn so that only the good wheat is left.

And then the moment arrives. Here he is. The long awaited gift is about to be unwrapped. Everyone waits with bated breath. But wait. How strange. This isn’t what we’d been expecting. He doesn’t sweep through the crowd with fire and judgement. He doesn’t come and condemn those sinners who haven’t repented, and pour God’s Spirit on those who have. He gets in line with them to go down into the murky waters of the Jordan. He stands shoulder to shoulder with the unrighteous, and presents himself to John and asks for baptism. You can imagine John’s surprise, his alarm. “You want me to baptise you?” he says. “I want to receive what you have to offer, I wan’t you to baptise me with God’s Spirit.” “I need to be baptised by you, and do you come to me?” (Mat. 3.13).

Here, for the first time, John wonders whether he has got the cheese board rather than the i-pad. And I suppose John has a point. He already knows that Jesus doesn’t look like the Messiah people had expected. He had come from Nazareth for starters, and his birth was far from uncontroversial. How easy it would be for Jesus’ detractors to pour scorn on him: “The Saviour? Really? You did know that he went to the Jordan with all the other spiritual losers to get baptised by John, don’t you? How can he save us? He’s as rotten as the rest of us.” But Jesus baptism wasn’t the outworking of a guilty conscience, it was to fulfil God’s righteous plan for our salvation.


In his baptism, Jesus identifies with sinners, he joins them in the waters of repentance, and in doing that, he transforms those waters. He sanctifies them so that they no longer merely remind us of the pressing need to repent, they are now the waters which declare our adoption as daughters and sons of God. Jesus joined himself to us in his baptism, and now, through our baptism we are joined to him, and we hear those same words, “you are my beloved daughter, you are my beloved son, with you I am well pleased.” We who are unrighteous, who however much we try to hide from it know the wrong we have done, the people we have hurt, the times we have failed, we hear those words, ‘you are my beloved son, you are my beloved daughter’, and we learn that God’s approval comes to us not as our just deserts, but as a gift, completely unwarranted, but given freely and entirely without reservation. Given in person by one who made God’s glory and love known by standing with us in the grime of life. As we follow him, who will he call us to stand alongside? Whose bath water will he ask us to share?
Posted by Barnaby Perkins at 9:39 pm

Excellent, thank you. You have the ability of packing a lot of good stuff in a small space; not unlike an iPad.

Superb. As always Fr B. Andes, we have all been in that position. And I'm sending this from my iPad! Soph

Err. That should have read And yes, etc etc not Andes. No idea who Fr. bB Andes is... Oh the keyboard on an iPad is tricky...!